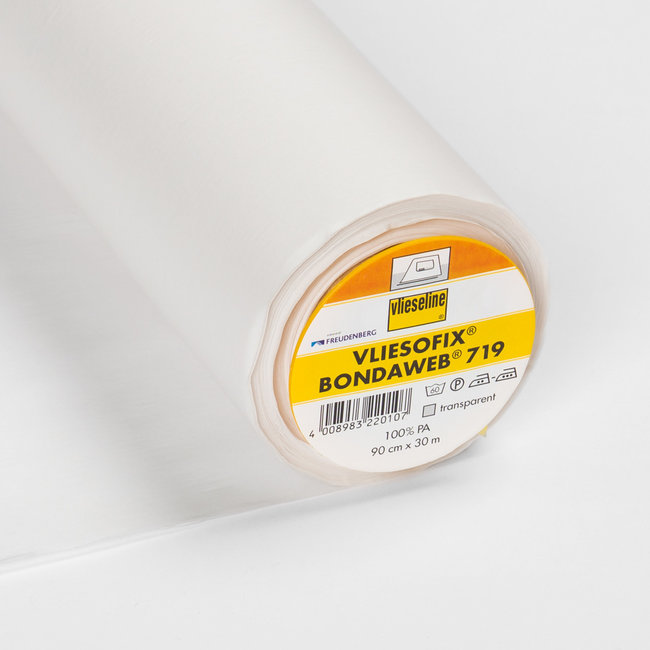 Vliesofix is the adhesive layer that allows two fabrics, or fabric and ( sew-in) stabilizer to be attached to each other. This glue adheres by ironing. Vliesofix comes on a paper backing on which you can draw the shape you need. Read more..

Vliesofix, also known as Bondaweb, is not a reinforcement as such, but it is the glue layer that allows two fabrics, or fabric and ( sew-in ) reinforcement to be attached to each other.

Vliesofix is a so-called thermal glue, which adheres by ironing. The adhesive layer is attached to a paper backing on which you can draw out the shape you need. You first iron the vliesofix on one layer, while ironing on the paper. Then remove the paper and iron the other layer onto it.

Vliesofix is mainly used for appliqués. But it can also be useful for bags to attach the outer and/or inner layer to sewn-in reinforcements so that thick seams on the one hand and loose lining on the other can be avoided.

0 stars based on 0 reviews

0 stars based on 0 reviews